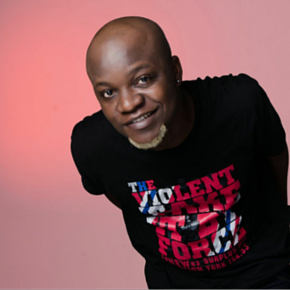 Prince Hezekiah, however, came into limelight through comedy when he featured in a Night of Thousand Laughs in 2008. This comedy show started here in Port Harcourt before it moved to Lagos. After that, he had featured in several comedy shows within and outside the state. They include Basket Mouth’s Glo Lords of the ring, Julius Agwu’s Crack Your Ribs” and All Stars Comedy Jam, featuring Julius Agwu, Clint the Drunk, Gandoki, I Go Die, I Go Save, and Maleke among others.

He has also entertained in Calabar annual carnival comedy shows in most of the popular churches in Port Harcourt, including Salvation Ministries. The humour merchant is also known for his performances involving multinational oil giants such as SPDC, Agip NLNG Bonny etc as well as other parts of the country such as Abuja, Lagos, Warri and Bayelsa.

His escapedes in the comedy industry have earned him various awards, such as the Best Comedian award by the Niger Delta Advancement Awards, Best Comedian by Media Afrik 2009, Rivers State Tourism Ambassador etc, he is currently the comedian with the highest number of awards in Rivers State which he attributes to hard work and the grace of God. He sees those awards as his greatest achievements.