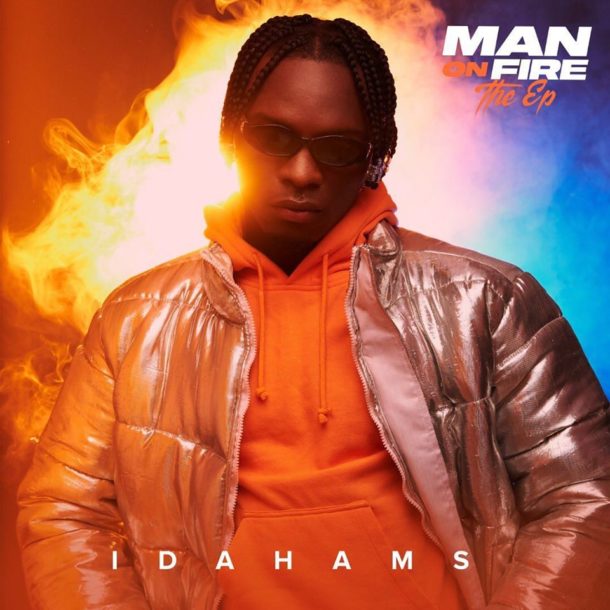 With pre– released singles such as ‘Shima‘ and ‘Enter My Eye‘ doing huge numbers across digital streaming platforms and ‘Ada’, peaking at No. 10 in the UK Music Week Official Chart, there is no blowing out the smoke as the talented music star gives us the new 7-track Afro Pop feel EP.

On the EP, Idahams who is also a producer, teamed up with Nigerian producers TU2, Orbeat, Ayzed and Yussy Beat to give his fans a collection of mesmerizing sounds, with a festival of percussions which is sure to keep them amazed.

In a statement, Idahams said, “This EP, ‘Man on Fire’ describes my passion and desire to show the world what I am capable of. Good music and a memorable experience are exactly what I have served on this EP.”